Canada is a country as big as it is unknown to many people, especially in Europe, where we practically forget about them for all the attention that their southern neighbors, the United States, occupy. But it has much to offer to any traveler who decides to unravel its secrets. That is the reason we are going to recommend the main places you cannot miss if you go to Canada. And as a post does not reach us, we will do two.

In this first part of the articles dedicated to Oh, Canada! let’s start with the left or west zone of the country. The truth is that we would fill 10 post with everything that has to offer a place as big and rich as this, but we will try to summarize the essential in these two articles.

We could spend weeks contemplating the beautiful lakes that populate its long extension, its snowy mountains, or its postcard villages, so it is difficult to make a selection. But there are the recommendations of AMA Viajes of the essential places to see in Western Canada:

Talking about this park are big words. It is in the province of Alberta, in the area where the Rocky Mountains are located; it is one of its natural gems that has incredible dream landscapes, glaciers, forests and rivers that form almost unreal prints.

It is the oldest park in Canada, created in the nineteenth century to protect this area of ​​great natural wealth. In it there are great lakes like the Louise or the Moraine, glacial lakes that are in the Valley of the Ten Peaks.

In addition to the views, this space offers a multitude of active tourism opportunities. In it the most adventurous will find a paradise for trekking, skiing, snowboarding and a multitude of nature sports.

Between the national parks of Banff and Jasper, you can enjoy one of the largest ice and snow fields in the world below the Arctic Circle. Baptized as the Columbia Icefield (Columbia Icefields) it is composed of several glaciers of which the largest is the Athabasca Glacier, a giant ice tongue between both parks.

Already in the Jasper Park, we will find that it is the most extensive (10,878 km2) and northern of those located in the Canadian Rockies and also where you can find a more varied landscape. It attracts attention to its quiet lakes and steep cliffs. Valleys, waterfalls and forests are still the usual tonic in this Unesco World Heritage Site.

One of the main ways to get to know this place is through its many routes and excursions such as the Glacier Trail, Cavell Meadows or Parker Ridge.

Another of the three major parks of the Canadian Rockies is Yoho. A separate mention requires the Icefields Parkway, which connects the three parks and it is known as one of the most impressive in the world.

The landscapes are again the protagonists of this place where it is recommended to go for a walk on the mountain to know its most beautiful corners. You cannot miss Lake Emerald, whose colour gives name to its waters, which look like photoshoped. In its environment, you have the possibility to rent a boat or kayak.

The Yoho Valley with the Takakkaw and Laughing waterfalls, Field (the only village in the Park), the Ice Line Trail or the Natural Bridge over the Kicking Horse River are the most visited places and main attractions of Yoho.

Canada is not just nature and postcard towns. We also find some of the quietest, most modern cities with the best quality of life in the world, such as Vancouver. Among the most visited places in the city, Stanley Park stands out, the largest in North America; its famous aquarium located within Stanley Park itself; Gastown, the old area; the neighbourhood of Granville Island or the Capilano Suspension Bridge.

Vancouver, due to its proximity to Asia and its geographical location, has developed an attractive and varied gastronomy, as well as a wide and diverse cultural life.

Another of the obligatory stops in the province of Alberta is the park that is located about 50 km from the city of Brooks, in the valley of the Red Deer River. It exhibits important fossil finds from the dinosaur era, millions of years old. Undoubtedly a paradise for fans of Paleontology and History in general.

You can also enjoy the Dinosaur Trail and see a reproduction of a Rex dinosaur that you can climb and admire the views.

These are just some of the most prominent places in the western half of Canada, since the country has a great landscape and natural wealth that makes it difficult to choose. Which corner of the American country do you like the most? 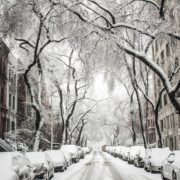 Incredible places to say goodbye to the year 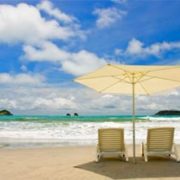 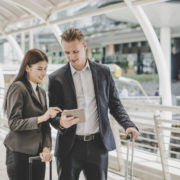 Getaways for the next bridge of the Constitution 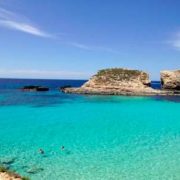 Malta, a trip for lovers 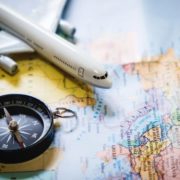 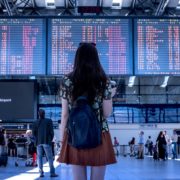 Discovering the secrets of Canada (II)

Discovering the secrets of Canada (II)
Scroll to top